We should have abolished female circumcision years ago. Actually, we shouldn’t have practiced at all, to begin with. There are so many reasons to abandon this shameful practice, and there are no benefits to keeping it. But, it is still common in many countries across the world.

It Does Not Uphold Any Moral Values

Female genital mutilation, FGM, or female circumcision has been a subject of controversy for quite a while, and for a good reason. There are still countries that practice this horrific act for no apparent reason. It is still a thing in some African countries, in the Middle East, and parts of Asia. But, there is nothing to gain by doing it.

What makes it shameful and dreadful is that people still find ways to excuse this practice and try to find ways to make it seem like it is necessary. Unlike male circumcision, this is not a valid, reasonable procedure.

Even male circumcision is ridiculous when it is not backed up by science. It is done if the skin is too tight (phimosis) and for religious reasons. But with FGM, there is no reasonable explanation. If you are unaware of the term, women who have undergone the procedure had external female genitalia removed. And there are no health benefits, no moral values, and no reason to mutilate 200 million girls and women!

The focus of these communities is often on religion and tradition, which doesn’t serve as an excuse for the crime they are doing. And the reasons to stop FGM are rather obvious. These communities are based on gender inequality, and they are constantly looking for ways to control and limit women’s sexuality.

One of the most disturbing facts that women who have undergone FGM have explained is that these practices are performed by other women. And they see it as something to be proud of. In addition, the effects of FGM can be catastrophic, and there are both short-term and long-term consequences for health.

In the end, it is clear that the harmful practice that has no benefits and poses a huge threat to health and women’s rights should be abolished. And don’t let anyone tell you the opposite. There is nothing to gain by partial or total removal of external genitals. The only thing these people want to achieve is control and domination.

Currently, there are thirty countries where women are forced to undergo FGM, and they are mutilated as babies, during puberty (around the age of 15), or even later. We should mention that the rest of the world has been trying to fight this dangerous practice since the seventies, and there have been numerous laws and attempts to finally put an end to this.

FGM is dangerous and puts human life at risk for no reason. To this day, there are no benefits for women. But there are numerous reasons why this is one of the worst practices in the world. Firstly, we should mention that there are different types of FGM. Based on the procedure, the consequences can vary. 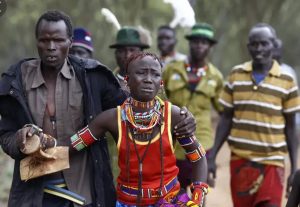 Other problems may include keloids, obstructions, cysts, formation of a neuroma, problems with urination, problems during menstruation, and the list goes on and on. Furthermore, women who were forced to have external genitalia removed are at higher risk during childbirth and pregnancy, and there is a long list of mental health problems and ways it will affect their psychology.

It Is a Gender-Biased Program

It is apparent that gender inequality is present in countries where FGM is common. Women there often don’t have basic human rights, and it is just another way to assert the dominance and will of lunatics. In Western countries, numerous people are still arguing whether male circumcision is necessary at all when performed outside medical necessities. But one could still argue that it improves hygiene and whatnot.

For girls, there are no benefits. Not a single one. These countries are mutilating women and children for no reason! And it is disgusting. It is a gender-biased program that borders with GBSS, i.e., gender-biased sex selection. It is designed to control women and their sexuality, risking their lives every step of the way.

As we mentioned earlier, the list of problems that come with FGM is rather long. The majority of women that undergo the procedure suffer from anxiety. And this is not surprising considering that they are living in such hostile environments. Other psychological conditions include depression and PTSD.

In addition, it is not rare for them to develop feelings of betrayal and shame after discovering that this isn’t something that should be considered normal. Imagine finding out that you live in a place where such a shameful practice is common and that it isn’t a norm in the rest of the world.

When it comes to sex, there haven’t been many studies covering the topic. What we do know is that the majority of women report having little to no desire for sex. And it is expected. Why would anyone want to have sex if their genitals are mutilated? In addition, over half of the surveyed women reported that they experience pain during sex, which is just another reason not to want to have sex ever again.

You Can Help Us Through These

Ending FGM is far from simple. If it was easy, this horrific practice would be a thing of the past. But this doesn’t mean that we can’t do anything. The first thing we need to do is spread awareness. Many people are not even aware that this is happening across the globe, and they would be willing to fight it as well.

Education can help spread awareness and teach younger generations why this is something that needs to be abolished. Women that support this as a part of tradition are often unaware of the fact that it is not normal. Once they understand that no one in their right mind would mutilate a woman, it will be easier for them to forget about this practice.

When we say education, this includes the process, risks, ways it will harm a person, and teaching everyone that there is not a single religion that demands FGM. Most importantly, talking about the subject will remove the veil of secrecy that these people used as a cover. And we can’t give up until this ridiculous idea is behind us once and for all.