The term female genital mutilation (FGM) includes any injury to a woman or girl’s genitalia for reasons other than medical ones, commonly religious. The practice is thought to have started before the advent of either Christianity or Islam.

However, 4 in 5 operations worldwide are still performed by a traditional practitioner, often in unsanitary conditions, with serious health implications.

FGM is most common in the north-eastern, western, and eastern regions of Africa, and some parts of the Middle East and Asia. More than 200 million girls and women alive today are estimated to have experienced FGM in the 30 countries where it is most common.

Type 1: Clitoridectomy
African woman walking along a dirt road.
The practice mostly affects women in East and North African countries.
In this practice, the clitoris is partially or completely removed.

The clitoris is the most sensitive erogenous zone of a woman and the main cause of her sexual pleasure.

It is a small erectile part of the female genitalia. Upon being stimulated, the clitoris produces sexual excitement, clitoral erection, and orgasm.

Type 2: Excision
The clitoris and labia minora are partially or completely removed. It may also include the removal of the labia majora. The labia are the lips that surround the vagina.

Type 3: Infibulation
The vaginal opening is narrowed, and a covering seal is created. The inner or outer labia are cut and repositioned. This practice may or may not include the removal of the clitoris. Other procedures include cauterizing, scraping, incising, pricking, or piercing the genital area, for reasons other than medical purposes.

Type 4
The WHO describes this type as “all other harmful procedures to the female genitalia for non-medical purposes” and includes practices including pricking, piercing, incising, scraping, and cauterizing the genital area. 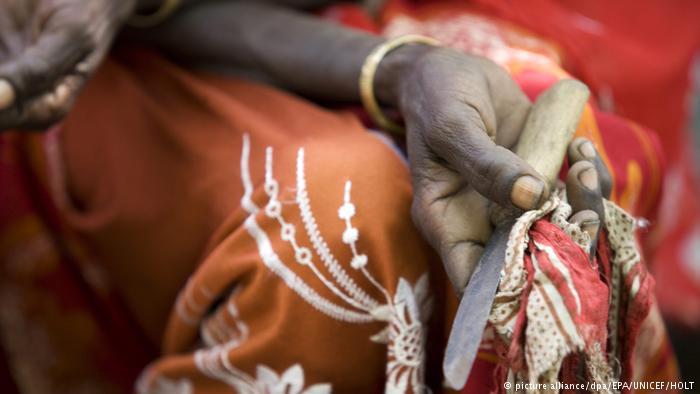 Removing normal, healthy genital tissue does not provide any health benefits, and undermines a woman’s natural functions. It can also lead to complications. The exact number of fatalities due to FGM is not known, but in parts of Somalia where there are no antibiotics, it has been suggested that 1 in 3 girls who undergo the operation die because of the practice.

Complications that can occur during or soon after FGM procedures include:

There may also be a need for further surgery.

If the opening has been narrowed, it will need to be reopened before marriage to enable sexual intercourse and childbirth. In some cultures, this opening and narrowing is done several times throughout a female’s life.

In some places, FGM is a relatively new practice that communities have adopted from neighboring communities. In some cases, it is the revival of an old custom.

Immigrants to places where FGM is not practiced may take the custom with them, and people who move into a location where it is practiced may adopt it.

According to the WHO and UNICEF:

Why does it occur? 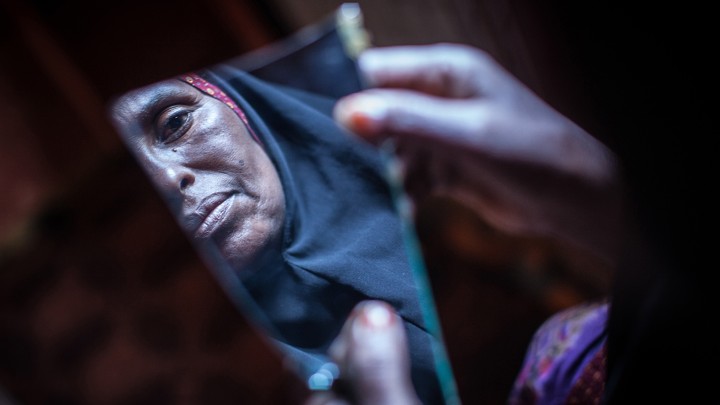 There is no medical reason for FGM. The practice occurs for a combination of reasons, based on cultural, social, and religious practices.

Social reasons for why FGM occurs

In societies with low literacy rates, social convention says, “it is what others do, and what we have always done.” Social pressure and a desire not to stand out as a rebel are a powerful force. In some communities, women who have not undergone FGM are not allowed to handle food and water because they are unclean, and seen as posing a health risk to others.

For these societies, it is the “proper” thing to do as a part of the female upbringing. It is said to prepare a girl for marriage and adult life. In some cultures, people believe that an uncut clitoris will grow to the size of a penis, or that FGM makes a woman more fertile.

Cultural reasons for why FGM occurs

To some, FGM represents decent sexual behavior. FGM is often linked to virginity and being faithful during marriage. The damage to the genitalia means the chance of a woman having illicit sexual relations is reduced – because her libido is decreased, and the opening is too narrow.

Femininity and modesty can be a factor. In some societies, a woman is perceived to be cleaner and more beautiful if her genitals are cut. Some body parts, such as the clitoris, which protrudes, are seen as male and unclean.

Religious reasons for why FGM occurs

None of the major religions prescribes female circumcision. People in some communities, especially where there are low levels of literacy, may have heard that the practice is a religious one. Over time, religions have tolerated, encouraged, and condoned the practice; but, today, many religious leaders are against FGM and are involved in the movement to eradicate its practice.

If the people with power and authority in a place believe and agree that FGM should prevail, it is difficult to prevent it. People who may insist on its continuing include local chiefs, religious leaders, practitioners of FGM and circumcision, and some healthcare professionals.

The practice has been widely condemned and campaigns including the ‘International Day of Zero Tolerance to Female Genital Mutilation’ have been supported by the U.N. and Unicef.

Most countries in the world consider FGM a violation of a woman’s human rights and an extreme form of discrimination against females in the community.

As most procedures are carried out on young girls, it is also a violation of children’s rights. The WHO write:

“Female genital mutilation also violates a person’s rights to health, security and physical integrity, the right to be free from torture and cruel, inhuman or degrading treatment, and the right to life when the procedure results in death.”

In 2008, the World Health Assembly passed a resolution on the elimination of FGM, calling for action by all those involved in justice, women’s affairs, education, finance, and health.

In 2012, the United Nations adopted a resolution banning FGM worldwide, stating that “All necessary measures, including enacting and enforcing legislation to prohibit FGM and to protect women and girls from this form of violence, and to end impunity.”

While the intervention is somewhat safer when carried out by a doctor, the WHO urges health professionals not to perform FGM.

The drive to ban it has not significantly reduced its incidence. More recently, some researchers have proposed softening the approach and reclassifying it to what they call “female genital alteration.” Banning the practice, they say, can drive it underground and make it more dangerous. In order to respect cultural differences while protecting women’s health, they propose classifying interventions according to their effect rather than the procedure that is involved.

They suggest accepting minimal procedures that do not entail long-term health risks. They say that this approach is “culturally sensitive, does not discriminate on the basis of gender, and does not violate human rights.” However, surveys show that, in countries where FGM is common, most women aged 15-49 think FGM should end.